This course will review metabolic blocks in your patients that can lead to fatigue, chronic pain and weight gain by examining a lab based approach to therapeutic nutrition solutions.

HOUR TWO:
Burning fat through beta oxidation; How the body burns fat and what nutrients are key for allowing this process to go forward;  How fats are transported and utilized and what the role of dietary fat is vs. endogenously produced fats; The key role of carnitine and riboflavin

HOUR THREE:
The body makes the fat we burn as the main source of our energy; How the process of making fat in your liver works and how carbohydrates impact it; The role of insulin in energy production and fat production
How to keep your fat burning pathways working ; The role of palmitic, our most abundant fatty acid you never heard of

HOUR FOUR:
Cellular energy production in the citric acid cycle; What are the key nutrients to make energy inside the mitochondria; How does the electron transport chain work; What is the role of oxygen in the energy production cycle 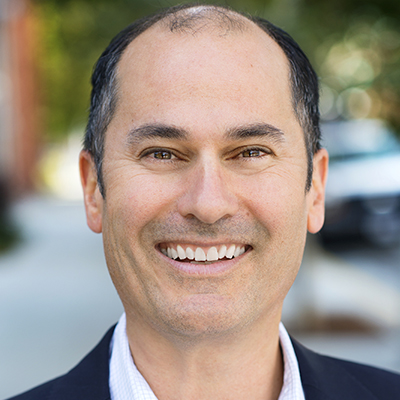 Dan received his B.A. in physiology and psychology from Antioch College and completed his chiropractic degree at Life West. He studied at the University of London and conducted research with biochemist Dr. Robin Monroe at Cambridge University. His educational pursuits led him to mentoring with renowned psychiatrist R.D. Lang, as well as John R. Lee, M.D., a pioneer in the use of progesterone. More recently, Dr. Kalish proudly served as an advisor to the Honorable Patrick Kennedy and participated in the first One Mind For Research Conference hosted by Harvard University where 200 of the nation’s top neuroscientists gathered to promote research on brain disorders.

In 2016, working with the Mayo Clinic’s Director of Integrative Medicine, Dr. Larry Bergstrom, Kalish published a research study on the Kalish Method. The study analyzed the impact of treatments used by Dan in his practice. Kalish is the author of three books, “The Five Pillars to Building a Successful Practice,” “The Kalish Method: Healing the Body Mapping the Mind” and “Your Guide to Healthy Hormones.”

Early in his educational experience Dan spent two years in formal monastic training in Asia. He studied at a Zen monastery in Japan and also lived in a forest monastery in Thailand practicing mindfulness meditation techniques and transcribing Buddhist texts. These early experiences formed the basis for all his future work and led to a lifelong pursuit to bring the spiritual world’s healing power to bear in the patient treatment process.

Currently, Dan works closely with Dr. Richard S. Lord, focusing on curriculum development to advance clinical lab interpretation within functional medicine. When not at work, he devotes his time toward Taoist meditation practices.

*The following State and Province chiropractic boards do not require an application when a program is sponsored by a college accredited by the Council on Chiropractic Education (CCE): BC, CO, CT, DE, DC, ID, IL, IA, MD, MA, MT, NE, NH, NJ, OH, OR, RI, SC, UT, VT (no philosophy), VA, WA, WY. Life Chiropractic College West cannot guarantee that any session of this offering will be accepted by these licensing board(s). Life West urges licensees to familiarize themselves with the laws governing continuing education in the jurisdictions where they hold licensure.

Base cost:
$89.00
Please login or create an account to take this course.