If you wish to earn your Diplomate, register for the DACBSP Series instead of this or any individual seminar. The online learning portions are only accessible to series enrollees and may not be purchased separately.

This twelve and a half (12.5) hour course will provide a Doctor of Chiropractic with the information and practical skills relating to the integration of chiropractic care in the clinical and “on-the-field” settings.  The utilization of chiropractic care with no-competitive, high school, college, Olympic and professional athletes is explored.  Pre-participation physicals and sports related concussion will be addressed.  An overview of the physiological aspects of performance is included.  The course is primarily lecture based, although there will be case studies and hands on learning of the techniques used with commonly encountered conditions in the athletic population.  Diplomate enrollment not required. 12.5 hrs, including 6 hrs Category A (mandatory) Exam.

DACBSP - Diplomate of the American Chiropractic Board of Sports Physicians®

Life West, home of the Sports Performance Institute (SPI), is the place to advance in chiropractic sports and performance expertise. Study with excellent faculty and apply your skills on the field with Life West athletic programs alongside SPI staff.

The Diplomate American Chiropractic Board of Sports Physicians® (DACBSP®) program utilizes interactive experiences and dedicated hands-on sessions to prepare you to earn the prestigious DACBSP. The program consists of a combination of live weekends and online learning components totaling 216 hours of study.  There are 100 hours of coursework at Life West, 116 hours of online coursework, practice in the field, and written and practical exams. It is a rigorous, professional credentialing program that promotes professional knowledge and competency of chiropractic practitioners engaged in the specialty of chiropractic sports performance.

CCSP ® and DACBSP® programs may be taken concurrently.

After successfully completing the seminar, participants will be better able to: 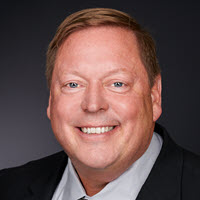 Bill Moreau, DC, DACBSP, FACSM, is a chiropractic sports medicine physician and evidence based clinician. He has lead sports medicine for the United States Olympic Committee after more than 25 years of private practice. Moreau develops the USOC sports medicine strategy and oversees all Team USA sports medicine activities including; clinics, games and the National Medical Network. Dr. Moreau served as the Medical Director for Team USA at the London 2012 Summer and Sochi 2014 Winter Olympic Games and is the first doctor of chiropractic in the world to serve as an Olympic Games Chief Medical Officer (CMO) at the 2016 Rio Summer Olympic Games and 2018 Pyeong Chang Winter Olympic Games. He has managed the care of thousands of athletes.
He has been featured in USA Today, Time, ESPN, NPR, NBC, the New York Times, GE Healthcare News, the US Department of Health and Human Services, Army Strategic Studies Group and the Allegany Healthcare Summit.

Dr. Moreau has a special interest in sports medicine research centered on the prevention of injury and illness in athletes and concussion. He serves on the NFL International Think Tank on Concussion Research. Moreau has successfully presented over 700 invited lectures throughout the United States and Internationally. 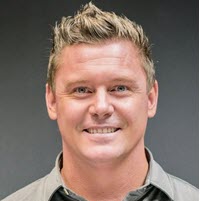 Dr. Sean Drake received his bachelor’s degree at Florida State University where he was a walk-on to the Track & Field team. He received his Masters in Sports Health Science with an emphasis in Sports Injury Management as well as his Doctorate in Chiropractic from Life University in Atlanta.

NOTE to DCs licensed in: CO, CT, DE, DC, ID, IL, IN, IA, MD, MA, MI, MS, MT, NE, OH, OR, RI, SC, UT, VT, VA, WA, WY, BC, NB, ON, QC.  These states generally accept programs sponsored by a college that is accredited by the Council on Chiropractic Education (CCE).  These states and provincial boards do not require an application from CCE colleges. While it is higly likely that credits will be accepted, Life Chiropractic College West cannot guarantee that any session of this offering will be accepted by these licensing board(s). Life West urges licensees to familiarize themselves with the laws governing continuing education in the jurisdictions where they hold licensure.

Base cost:
$395.00
Please login or create an account to take this course.

If you wish to earn your Diplomate, register for the DACBSP Series instead of this or any individual seminar. The online learning portions are only accessible to series enrollees and may not be purchased separately.